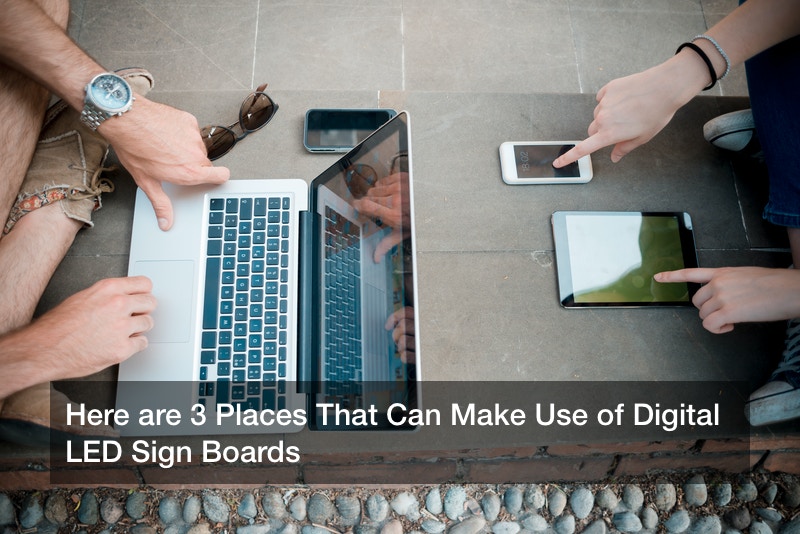 Signs can be found anywhere you look, and have been used with businesses and other locations for a long period of time. Signs are considered quite useful because according to studies 35% of people wouldn’t have discovered a business had it not been for their sign. These signs can take a number of forms; there are LED signs, electronic signs, and digital signs, just to name a few examples. These digital LED sign boards are useful for more than businesses, though they do help those as well. This article will take a look at places that can make use of digital LED sign boards.