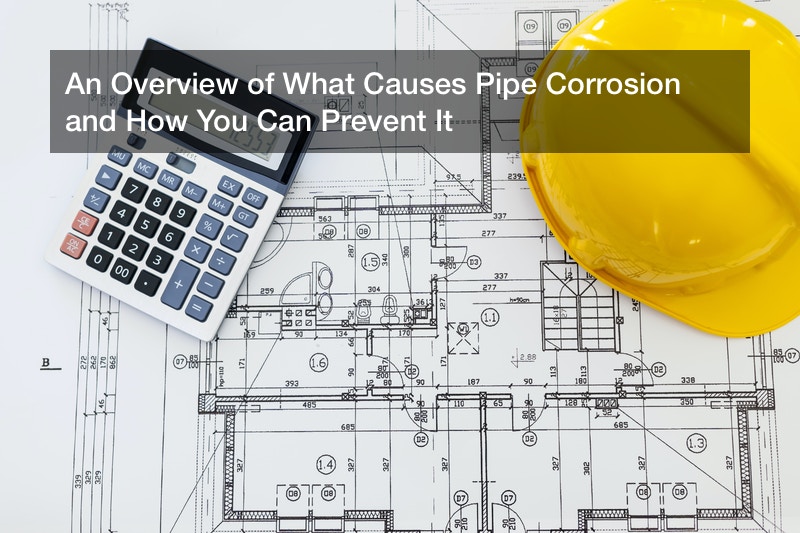 Keeping your home’s plumbing in order is usually not a top priority unless something goes wrong. However, it is vitally important to keep your home’s pipes in good working order so that the pipes will keep carrying water without the risk of breaking or clogging up or suffering from eroding pipes. One concern that needs to be kept in mind is pipe corrosion and pipe erosion, which can be a huge problem if left untreated for too long. There are things you can do to prevent pipe corrosion and this article will look at how you can stop it and what causes it.

Pipe corrosion will typically be found in older pipes made of galvanized metal or copper. Corrosion usually isn’t a problem in PVC pipes because of the material they’re made of. Corrosion happens in these older pipes because the metal and the galvanized coating react with water and the minerals in the water and cause corrosion on the inside and outside of the pipe. This corrosion can wear out the pipe if left untreated so it’s important to prevent pipe corrosion as much as possible.

In conclusion, pipe corrosion can be caused on the outside of older plumbing pipes made of galvanized metal or copper, because these substances react with water and the minerals in water to cause corrosion both inside and outside of the pipe. By installing pipe pads or pipe saddles, these pipes can be better insulated and pipe corrosion can be prevented. And by preventing pipe corrosion, your pipes will last for a much longer period of time.