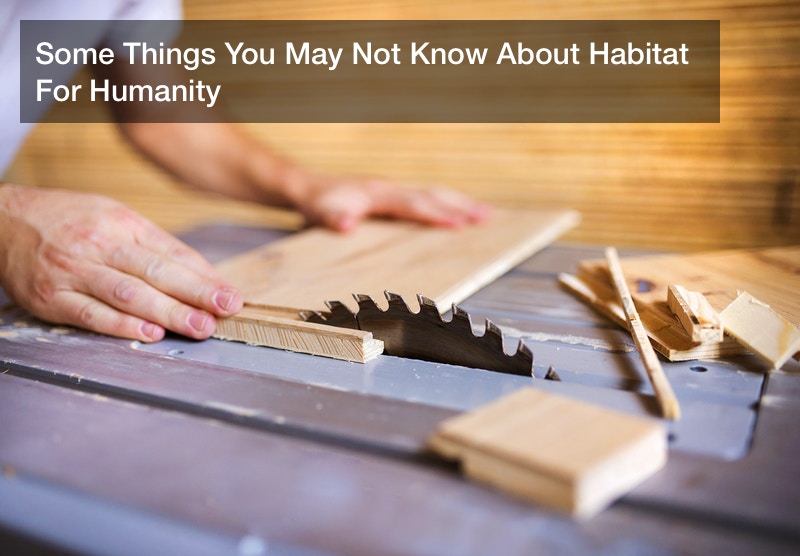 Habitat for Humanity operates around the world, building homes that impact communities and help build better lives for the people who live in them. The nonprofit provides affordable housing for low-income families and operates in 50 states, as well as dozens of cities abroad. If you haven’t yet joined Habitat, you can learn a little more about its missions, operations and successes.

Habitat for Humanity works to reduce the number of people in need of emergency housing by offering affordable mortgages to low-income families. The homes it builds are typically completed with volunteer labor. Since its founding in 1976, Habitat for Humanity has provided affordable housing for more than 650,000 families for home security. Habitat no longer receives government funding for its work, but relies solely on its grants and donations to continue operating. The organization also makes money through donations of construction materials, corporate sponsorships and community service hours.

Habitat for Humanity works with local home builders to help them reduce construction waste by donating building materials for reuse. Habitat’s ReStore sells the donated materials, and all net proceeds from the sale go directly to the organization. Since the ReStore opened in 1986, hundreds of thousands of refurbished and new homes have been built using donated construction materials. Much of the materials used to build the homes are American made, and many of the homes were constructed with labor from Habitat for Humanity volunteers, staff and ReStore customers.

Habitat for Humanity works closely with local businesses to raise money and increase awareness of housing issues in their communities. The organization maintains a listing of successful campaigns and events that it organizes with local business partners.