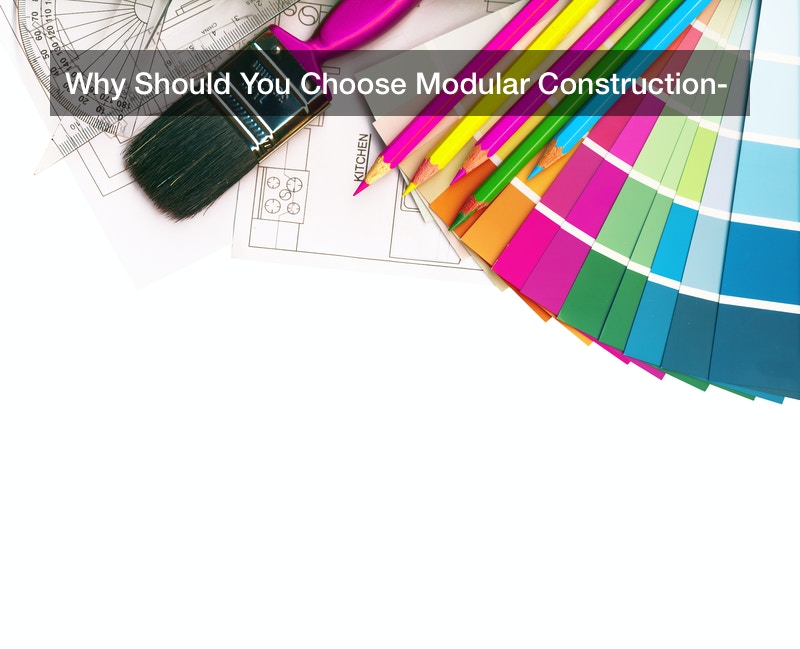 A survey conducted back in 2015 indicated that about 35% of America’s popular construction companies were trying out modular construction. Today, the figures are estimated to be over 70%.

Unlike any other period in history, people are now comfortable with the concept of an inplant office. The market is changing. The demand for modular offices is soaring.

What is a Modular Construction?

Offices happen to top the list of modular construction clients. You might have encountered an inplant office before. A typical inplant office could seem like a classy regular cuboid-like structure with a solid base whose top is (often) disjointed from the rest of the building. Primarily, this is because modular structures are constructed off-site.

By definition, modular construction is a process by which a building is constructed off-site in parts (modules) then assembled later at the actual site. Despite their off-site construction, modular structures are required to conform to the set standards and design.

Here are the benefits of modular construction.

Quality control is the leading benefit of embracing modular construction in most countries.

Unlike the traditional approach, in modular approach all parts are constructed in a single controlled environment. Similarly, the construction material is securely stored within the same environment.

This act shields you from facing the unpredictable environmental changes at the site. It also minimizes imperfections as companies can employ their best engineers in multiple jobs within the same location.

Lastly, engineers can work in collaboration. In modular construction, engineers share both ideas and working tools when solving problems. This idea will eventually yield high-quality structures.

Modular construction reduces the time spent on a building by close to 50%. Let’s assume you were constructing our inplant office. You will first assemble a team of engineers off-site and plan execution. With proficient personnel, large-scale jigs, and other equipment, this could take minimal time to complete.

Without the drawbacks due to bad weather, the set engineering targets will be met easily. After that, you can then move the prefabricated office walls to the client’s site and get the job done within the set time limits.

Notably, a prefabricated office could help you to cut the cost of constructing a traditional office by nearly a quarter.

Imagine this: your building gets constructed at the site of the company. It saves time, and it also saves money. You won’t need to spend extra money on unforeseen labor.

Also, because of the high mechanization and skilled labor at the construction site, precision is likely to loom large. Thus, you will cut your wastage levels highly. Each structure is bound to use just as many resources as allocated.

It is environmentally friendly

Since construct takes time at the same site, most modular construction sites make use of production repetition. These sites insist on reusing materials to avoid both wastage and environmental pollution.

The same materials used in constructing your inplant office will be useful in building the portable office walls for your company.

Besides, because of the specialization, modular construction uses less energy than conventional construction.

In many aspects, modular construction has become the trend of the time in the modern construction industry. It’s a wave that we ought not to fear. Perhaps it’s time to embrace it.